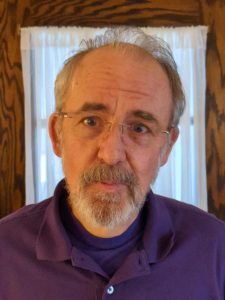 Bruno Browning retired in 2019, 30 years after beginning a job in microcomputer support at L&S Learning Support Services (LSS). During those 30 years he did a variety of work, almost all of it related to information technology, and that primarily in the realm of instructional technology. In 2007 he became the director of LSS, and a few years later became L&S’s first chief information officer, a position he held until his retirement.

Throughout his career Bruno was active in L&S, at the campus level, and in the CIC in numerous projects, committees and other activities having to do with information technology. He also worked regularly on non-IT related things such as search-and-screen committees, planning committees, a decanal review committee and the like.

In retirement Bruno has devoted himself to dealing with his 30-odd-year backlog of household projects, technology tinkering, traveling and afternoon naps. He reports that he is making good progress, but still has a long way to go before getting caught up.