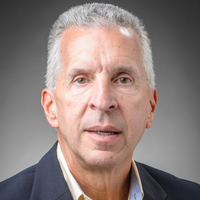 Dale was selected to serve as the classified representative co-chair for the Campaign From Within fundraising effort under Chancellor John Wiley and for the Great People Scholarship campaign under Chancellor Biddy Martin. Dale also received a Classified Employee Recognition Award from Chancellor Martin in 2009.

Dale has been a past president of the Fitchburg Lions Club, the Fitchburg Police and Fire Commission, the Dane County Chiefs of Police Association and the UW-Madison Retirement Association.