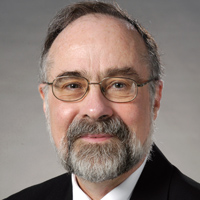 Charles (Chuck) Snowdon retired as Hilldale professor of psychology in 2012 after spending his entire career (44 years) at UW. His research focused on paternal care, development, cognition and communication in cooperatively breeding primates, combining laboratory and field research. He has been PI on NIH and NSF grants for more than 30 years, and has served on grant review committees for both agencies. He has also been editor in chief of two major journals in his field of biological psychology.

On campus Chuck has served two three-year terms on the Social Studies Divisional Committee, a term on the Graduate School Research Committee, several terms on the Letters and Science Animal Care and Use Committee. From 2001 to 2005 he was chair of the Psychology Department and from 2007-2012 was director of the Letters and Science Honors Program. In retirement he served as the founding chair of the Faculty Advisory Committee for International Academic Programs.

Chuck enjoys music, dance and theater and serves as secretary of the Madison Opera and teaches Scottish country dance for the Madison Community School Recreation Program.